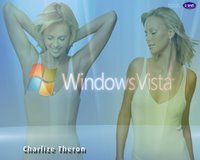 Given that most PCs run Windows, there’s probably a strong chance that every PC sold from here on in will be running the new Windows Vista operating system.

So why on earth are Microsoft spending a whopping $500million on a global launch campaign?

Could it be because Apple increased their share of the PC market from 3 to 5%?

Could it be because Bill Gates has so much money he needed to lose some before submitting his tax returns?

Could it be because Microsoft needed to divert attention away from the over-hyped under-performing Zune?

Or could it be because some desperate ad agency creative had an idea for a TV ad that compares the arrival of Vista with the fall of the Berlin Wall?

Whatever the reason, it better be a good one, because $500million is a bloody lot of money to spend on something that you get for free when you buy a PC.
Stanley Johnson at 1:22 am
Share
‹
›
Home
View web version